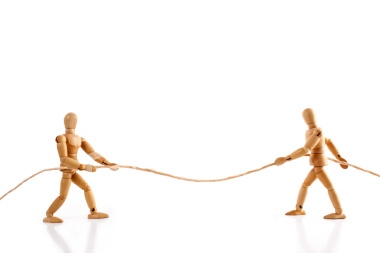 On the other side are the folks who think that the results are all that matter. If a rule yields a bad result, it should be construed in a way to change the result it would yield. The language of rules is pliable, and results should force language to yield. The Fairness Folks look to the end result in a case, regardless of what the law requires.

These viewpoints play out in other parts of law and life, of course.* The debate between seeing the United States Constitution as a living document, on one hand, versus requiring that it be interpreted according to the understanding of its creators, on the other hand, is one example. Much of the debate among mainline Protestant churches about the interpretation of the Bible on questions of gay rights is another.

This tension has played out over the past year in a series of cases deciding what is to be done about the Fair Sentencing Act. A bit of background is necessary.

Over the past few years, a consensus emerged that the mandatory minimum sentences for crack offenses were too high, relative to mandatory minimum sentences for powder cocaine – this disparity was reflected in the sentencing guidelines as well. Congress finally sprang into action and passed the Fair Sentencing Act, which was signed by President Obama on August 3, 2010.

The non-retroactivity of the Fair Sentencing Act created a problem. What do you do with cases where someone committed a crime before August 3, 2010, but the person’s sentencing hearing was after August 3, 2010? Does the Fair Sentencing Act apply to that person? Generally, the law that applies on the date of the offense is the law that governs the punishment for that offense, absent an express Congressional statement to the contrary. Yet Congress provided no language to change the mandatory minimums as applied to people already in the pipeline.

These people in the pipeline are in a tough spot — like the soldiers killed between when peace was negotiated but before it began, their lives would be ruined for no good reason, if the Fair Sentencing Act is not applied to them.

As courts resolved this issue, the tension between the Rule of Law People and the Fairness Folks became clear. Congress had already said that the mandatory minimums rolled back by the Fair Sentencing Act were unfair. To give someone a sentence that everyone – including Congress – acknowledges is unfair is, well, unfair.

Yet, to be honest, the stronger textual argument for how to read the Fair Sentencing Act is probably with the courts that held that the pipeline people should not have the benefit of the Act.

If you are parsimonious with exceptions to a rule, you will not apply the Fair Sentencing Act to pipeline cases. Injustice is simply the cost of having a system of laws.

If you are motivated by fairness, the idea that the Act is not retroactive, regardless of the textual argument about retroactivity, will simply be unacceptable.

The Third Circuit in Dixon.

The Third Circuit weighed into this discussion today in United States v. Dixon , coming down squarely on the side of applying the Fair Sentencing Act to pipeline cases. The court of appeals interpreted Congressional intent through the language of fairness – saying, in essence, that it would be profoundly unfair for Congress to not apply the Fair Sentencing Act to the pipeline cases and that we should not assume Congress would intend such a quantity of unfairness.**

The Third Circuit quoted a number of district courts about this injustice, courts noted that:

It is disturbing enough when courts, whose primary task is to do justice, become themselves the instruments of injustice . . . But this discomfort reaches its zenith when the injustice has been identified and formally remedied by Congress itself.

For the Court to continue to impose sentences that are contrary to the statute that Congress itself described as “An Act to restore fairness to Federal cocaine sentencing‟ would be an absurd result.

In this opinion, on this issue, those who seek fairness came out on top. The Third Circuit joins the First and Eleventh Circuits. The Second and Seventh Circuits have not agreed that fairness is more important than the text of this statute.

* And, to be clear, these are caricatures. Most people are likely in a happy middle between these views. The people who are – for all purposes – in one camp or the other are the ones you should avoid at parties.

Moreover, being for fairness doesn’t necessarily mean you’re defense oriented, or vice versa. For example, you may think a long sentence is more important than the rules that should govern at a sentencing, which would be a fairness oriented thing to think, even though it certainly is not a defense-perspective.

** There’s an obvious joke here about whether the Third Circuit has much experience with Congress.