In Tapia v. United States, the Supreme Court held that a federal judge, when imposing sentence, cannot give time in prison in order to rehabilitate the person who is being sentenced. 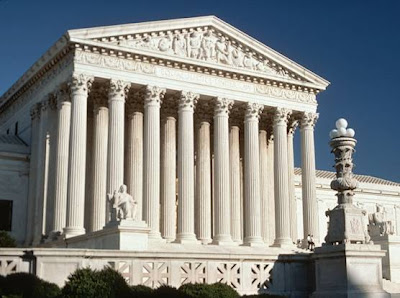 The Tapia rule seems straightforward enough. But wait, where there’s a lawyer, there’s a complication.

For a clear application, consider the Tenth Circuit’s opinion in United States v. Cordery. There, the court of appeals reversed and remanded a sentence for bank robbery because the sentencing court imposed the sentence that was the bare minimum to allow the defendant to participate in a 500-hour drug and alcohol program (or “RDAP“).

Fair enough, when the judge imposes a sentence just to let someone meet a rehabilitation program’s requirements, that looks like a clear Tapia problem.

Mr. Kubeczko had troubles. He had recently lost his mother. Perhaps distraught, he neglected to tell the federal government that she had passed. Instead, he cashed $158,000 in civil service retirement checks sent to her during the 12 years after her death.

He was charged with mail fraud.

While Mr. Kubeczko was awaiting trial, he was put in a halfway house run by the Salvation Army. That went poorly – he got in fights and was disruptive. He was eventually detained pending trial, because of his conduct.

The sentencing judge imposed a sentence of 30 months, because, with 12 months of time-served credit, she thought that Mr. Kubeczko needed at least an additional 18 months to combat the mental illness and alcoholism that contributed to his behavior at the halfway house.

As Judge Posner acknowledged, “[g]iven Tapia, this language entitles the defendant to be resentenced.”

Then the man who suggested that, perhaps, the Supreme Court isn’t that bright,* smudged the lines of Tapia for everyone.

Because Mr. Kubeczko was kicked out because he was disruptive, maybe the sentencing judge wasn’t imposing more time so he could get better, but, because he’d get better by having more time in a rehabilitative program, he’d then be less dangerous to the rest of us. So her motivation wasn’t to rehabilitate, it was to protect the public (through rehabilitation).

As the learned judge mused,

Compare two hypothetical sentencing statements. In one the judge says, “I’m not worried that you’ll commit more crimes if I gave you a shorter sentence; I am giving you a long sentence to enable you to obtain psychiatric assistance that will bring about your complete rehabilitation.” In the other sentencing statement the judge says, “I am going to sentence you to a sentence long enough to enable you to obtain psychiatric assistance, because until then you will continue to be a danger to the public because you can’t control your violent impulses.” The first ground for a longer sentence violates the statute, but the second does not, because incapacitation (physically preventing the defendant from committing crimes on “the outside,” by imprisoning him) is an authorized factor for a judge to consider in determining the length of a prison sentence.

This is good, because it highlights the problem that Congress was trying to address when it adopted the language at issue in Tapia that prohibits imposing a prison sentence just to accomplish rehabilitation. Congress, as Judge Posner illuminates, didn’t want a sentencing judge to say anything to a person on the occasion of his sentencing that suggests the government might be doing any of this for the person’s own good.

“We’re sending you to prison, never for you, but always for us.” is the message that Congress wanted conveyed.

* See Chris Shea’s Ideas Blog at the Wall Street Journal, quoting Judge Posner – “One shouldn’t exaggerate the quality of judges and justices. Law isn’t the calling of geniuses. The Supreme Court today is composed of competent lawyers, and one should probably leave it at that”