I’m a big fan of Judge Richard Posner. As I’ve mentioned here before, Judge Posner is very bright – and has almost single-handedly revolutionized the role that economics plays in thinking about the law.

I was, therefore, happy to see that Judge Posner authored an opinion for the Seventh Circuit dealing with the relationship between heroin wholesalers and heroin retainers in United States v. Alvarado-Tizoc. 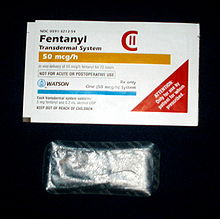 Fentanyl is a very potent synthetic narcotic, used lawfully as a painkiller and unlawfully as a substitute for heroin. Because of its potency it must be greatly diluted before being consumed; otherwise it will kill. Deaths from overdoses of fentanyl by heroin addicts soared in 2006. Addicts’ demand for fentanyl apparently had been augmented by a shortage of high- quality heroin, but it has fallen since 2006, probably because the deaths caused by overdosing on fentanyl induced more intensive efforts by law enforcers to disrupt the supply of the drug.

As wholesalers, the men who were sentenced in this case sold the drug to retailers, knowing that it would be diluted – this caused an odd sentencing result. As the court of appeals explained,

The defendants were wholesalers of heroin and fentanyl for illicit use. Their customers, the retail dealers, diluted the fentanyl (which already had been diluted to some extent) that they bought from the defendants in order to make it safer to consume. The dilution produced mixtures that contained less than 1 percent fentanyl, and the retailers sold these mixtures (doses) to their customers. The quantity (as measured by weight) of the greatly diluted fentanyl sold by the retailers was 11 to 16 times the quantity of fentanyl that the defendants had sold them. For sentencing purposes the weight of an illegal drug includes the weight of a mixture containing a controlled substance. U.S.S.G. § 2D1.1(c) n. A and Application Note 1; United States v. Sowemimo, 335 F.3d 567, 574 (7th Cir. 2003); cf. 21 U.S.C. § 841(b). Hence for sentencing purposes the retailers were selling much more fentanyl than their suppliers, who are the defendants in this case.

The sentencing court found that the men who were appealing were in league with the retailers. Because they were necessarily relying on the retailers to sell the fentanyl, the district court reasoned, they were all jointly liable for the retailers quantity of drug distribution. They were all, in the language of the guidelines, engaged in a jointly undertaken criminal activity – akin to being coconspirators, even though that wasn’t the charge against them.

Judge Posner thought this would be an odd kind of conspiracy, noting that,

the fact that the buyers diluted the fentanyl they received (and that this was foreseeable to the defendants) no more proved a conspiracy than the fact that a seller of chocolate syrup to a soda fountain knows that the syrup will be mixed with milk or soda to make chocolate milk shakes or chocolate sodas rather than being sold in its original, undiluted form makes the seller a conspirator in the retail sale of adulterated chocolate drinks.

Because a buyer and seller are not, necessarily, in a conspiracy under Seventh Circuit law, the court of appeals rejected the argument that the wholesalers in this case were conspirators with the retailers.

Because there was no jointly undertaken criminal activity, the men who were appealing their case were sentenced using the wrong guidelines range – it should have been calculated using only their drug quantities instead of those of the retailers. Their sentences were reversed and sent back to the district court.

There are two things about this that are striking to me.

First, it is crazy to use the weight of a mixture or substance containing a drug for sentencing purposes, instead of using the amount of the drug itself. Judge Posner, and, apparently, the Seventh Circuit, agrees:

Emphasis on the weight of a defendant’s drugs (in this case the weight of the dilute drugs sold by customers of defendants), whether or not they are diluted, has the perverse effect of giving drug dealers an incentive to possess and sell drugs of high purity or potency and makes the length of sentences depend perversely on the weight of the inactive ingredients in the drugs.

Second, this case hangs on Judge Posner’s willingness to find that wholesalers and retailers are not engaged in a joint activity. The only way he gets there is by looking at an analogy to the business world, where thinking of a run of the mill soda distributor being in cahoots with a manager of a gas station that has a soda fountain would be unthinkable.

But, if a judge without that economics background looked at this case, the result could have been much different. Many people, and many judges, think of drug dealers as an undifferentiated mass of lawless people. If you don’t see differences between different kinds of roles in the web of drug distribution, you can see how it would be easier to lump drug wholesalers and drug retailers into the same kind of conspiracy, without really thinking about their unique roles.

Perhaps this is a perverse argument for much more prosecution of commercial crimes.