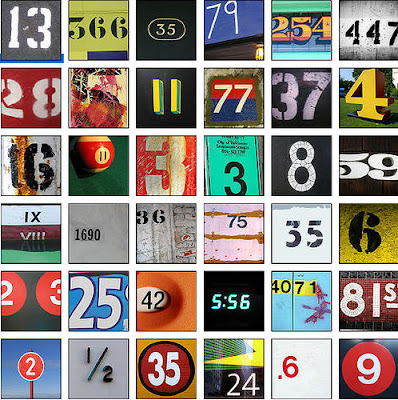 The guidelines like numbers for the same reason that lawyers like rankings – they force a crisp objectivity. Columbia is ranked higher than the University of Chicago – if you’re choosing between the two, the decision just got easier.

People crave definite information in difficult decisions, whether they’re law students deciding where to go to school or federal judges deciding how to punish a crime.

This focus on numbers may not capture all that we want about how bad a crime is. Maybe a woman who steals $7,000 to pay for insulin for her aging father is less bad than the man who steals $5,000 to buy mint condition Paul Anka LPs.

Maybe she’s less bad in more than one way.

As troubling as whether numbers get it right, is how hard it is to get the numbers themselves right.

The Second Circuit,* in United States v. Archer, clarified how these numbers of bad things should be counted when the numbers translate into additional time in prison.

The details of how I-687 legalization applications work is complex. I’m going to ignore them. If you’re really into these, please read the opinion.

The bottom line is that Mr. Archer completed 171 I-687 applications. At sentencing, there was evidence that four of them contained false statements. If more than 100 contain material false statements, Mr. Archer’s guidelines level increases. It’s in U.S.S.G. § 2L2.1(b)(2)(C).

The Second Circuit was not so keen to use that analysis. As the court of appeals noted, it had previously held that

To sustain quantity-based enhancements for relevant conduct, the court must base its findings on “specific evidence” that the offense involved the requisite quantity of items. This evidence can, however, be circumstantial. United States v. Shonubi (“Shonubi II”), 103 F.3d 1085, 1090 (2d Cir. 1997). This requirement has two parts: (a) there must be evidence regarding the quantity of illicit or fraudulent goods and (b) it has to be specific to the defendant.

Shonubi was a heroin case.

(Quantity-based guidelines enhancements are the great equalizer of the federal sentencing guidelines – the same rule about how to count them applies to a guy who swallowed balloons of heroin to come through JFK as applies to Jeff Skilling or Conrad Black.)

In Shonubi, the person accused of the crime made eight trips to the United States from Nigeria to transport heroin. On the last trip, he was found with 427 grams of heroin. The district court multiplied 427 times eight and sentenced him as though he was caught with that quantity of heroin. In the Bureau of Prisons, I understand that this quantity is referred to as the “Ghost Dope.”

The Second Circuit vacated the ghost dope sentence. On remand, the district court had an elaborate hearing, where it heard evidence about how heroin traffickers from Nigeria normally operate. It then imposed the same sentence as before appeal.

The Second Circuit, again, reversed. The court of appeals instructed that a sentencing court has to have some specific evidence relating to the actual person who is being sent to prison, not just folks who are like him or her.

The Second Circuit has noted that in the second Shonubi opinion

In so vacating, our court was careful to point out that “specific” evidence need not be “direct” and, when correctly considered, circumstantial evidence could be sufficient. Id. For example, the court approved of statistical extrapolation to arrive at an estimate of drug quantity when the sample was randomly selected from a known population. Id. at 1092 (approving of the method of testing four randomly selected heroin balloons to estimate the quantity of heroin contained in 103 balloons found inside the defendant’s body).

So, if you have a sample that is random and comes from a known population, you can use it to extrapolate for guidelines purposes.

In Mr. Archer’s case, the government argued that it had done exactly that. It looked at four of the 171 applications, and found that they all contained false statements. Since, as a matter of statistics, there’s only a 10% chance that there would be fewer than 100 false documents from a sample of four (it’s worked out in footnote 6 on page 19 of the opinion), that’s good enough for government work.

The problem with this analysis, the court of appeals noted, is that these four applications were not randomly selected – rather, the government seems to have picked the very worst applications.

The Government’s Other Argument

The government had an alternative argument,

Based on these remarkable similarities, the government said that these applications simply had to be false.

The Second Circuit was unimpressed with this line of reasoning.

That information is interesting, but without a baseline as to what the national pool of I-687 applications (filed by, we must assume, honest lawyers) looked like to compare it to–and [the government expert] admitted he had no such baseline–the data tell us nothing about the truth or falsity of the applications. It is like saying that Dr. Jones’s patients died, on average, a year after their initial visit with her: if most of her patients were healthy people coming for a check-up, this information suggests a finding that Dr. Jones is a terrible physician; if, on the other hand, Dr. Jones is an oncologist, all of whose patients had terminal cancer of a sort that had a national average life expectancy of two months, the same information makes her look very good indeed. Context is essential; but the government did not take the time and make the effort to provide any.

* Two things about the Second Circuit that you may not care about. First, the court’s RSS feed is annoying to work with – it doesn’t automatically update in my Google Reader Feed for new published opinions for the Federal Circuit Courts (though, at least they aren’t the 6th Circuit which doesn’t even have an RSS feeder). Second, they issue their opinions in Goudy Old Style, a font I’m really enjoying, and which Matthew Butterick called “generally acceptable” in Typography for Lawyers.