Imagine that you’re a federal judge. Someone has been charged with a crime, and the case comes before you. The person says she’s guilty. She says she feels horrible for what she’s done. She wishes she could take it back, but can’t. She asks for mercy.

Your job is to figure out how she’ll be punished. How would you think about that? What would you want to know? What would matter to you?

To be sure, you’d want to look at the law and you’d draw upon the prior experience you had as a lawyer before you came to be a judge. Let’s put that aside for a moment. One of the working assumptions of this blog is that criminal law is really about an important way that our government interacts with its citizens – if our criminal law is so technical it can only be understood by lawyers and judges, then we’re doing something wrong as a country.

As a moral matter, what do we want our judges to ask about when they impose a sentence? What do we want to motivate them to be merciful or not?

One thing we’d want a judge to ask, I think, is what punishment had been given to other people who had committed a similar crime in the past. There are others, to be sure, but I’d think that would be a big one.

Suppose, for example, that the government asked for a sentence of 18 years in prison. Imagine the person being sentenced could prove, through publicly available data compiled by the United States Sentencing Commission, that a sentence of 18 years was more than twice the longest sentence for the same crime ever given. Would you want the judge to pay attention to this argument?

This is, basically, the situation in the Tenth Circuit’s opinion in United States v. Lente. There, Ms. Lente was twenty-two. She spent a day drinking. She took the man she was drinking with to her mom’s house, where her mom was drinking. The man’s presence became unwelcome. Ms. Lente’s mother asked Ms. Lente to drive him home. She did.

As she was driving him home, she struck another car, killing two people in the other car and the man in hers. She pled guilty to three counts of involuntary manslaughter and one count of assault.

She was sentenced to 18 years in prison, more than three times the top of the sentencing guidelines range. She appealed, and her sentence was vacated by the Tenth Circuit. (Here’s an article on the first criminal appeal). 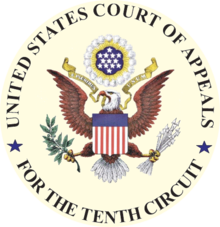 On remand, she was resentenced by a different judge. The government urged the court to impose the same sentence as in the first sentencing hearing.

Ms. Lente marshaled significant evidence that this sentence was well outside of the range for prior sentences. One of the things that Congress requires a court to look at when imposing sentence is whether the sentence being imposed is consistent with other sentences for similar offenses. See 18 U.S.C. S 3553(a)(6).

Ms. Lente quoted a letter from the Department of Justice to the United States Sentencing Commission saying that:

In our consideration of federal sentencing policy, we begin from the principle that offenders who commit similar offenses and have similar criminal histories should be sentenced similarly. This was the foundational principle of the Sentencing Reform Act of 1984. We are concerned that our sentencing system may be meeting this principle of sentencing reform less and less.

Ms. Lente urged the court to impose a sentence at the top of the sentencing guidelines range, closer to the sentences others who had committed similar crimes had received. She asked the court, in essence, not to make her a cruel outlier from the rest of the punishment for this crime in the federal system.

As the court of appeals summarized Ms. Lent’s argument:

The sentencing judge, however, ignored this argument. Instead, the court talked about how the guidelines didn’t reflect the seriousness of the crime, as the court perceived it.

The appeals court reversed the sentencing judge because it did not consider Ms. Lente’s detailed factual argument about how similar cases have been treated in the past, and remanded the case for a new sentencing.

The court of appeals held what is the law of sentencing in a federal criminal appeal – that a sentencing court has to consider every non-frivolous argument made by an attorney at sentencing.

Because the district court refused to respond to Ms. Lente’s serious argument that her sentence was far longer and more harsh than anyone else in federal court who had committed this crime, the sentence cannot stand.