In essence, the government indicted William Cassidy for sending a lot of tweets on Twitter. This was charged as a violation of a federal anti-stalking law. His defense lawyers argued that this was protected by the First Amendment.

Yesterday, Judge Roger Titus of the United States District Court for the District of Maryland, issued an opinion dismissing the indictment.

END_OF_DOCUMENT_TOKEN_TO_BE_REPLACED

If you have had a search warrant executed at your house, you’re likely to want to know why. If you committed a crime, perhaps it’s obvious why. If not, you’d likely want to see why the government thought you were up to something suspicious.

Christopher Kortlander was in exactly that situation. In 2005 and 2008 the federal government got a warrant and searched his house. He was under investigation, as the Ninth Circuit put it, for unlawfully attempting to sell migratory bird parts and for fraudulently misrepresenting the provenance of historical artifacts for sale.”

Ultimately, the government declined to go forward with charges.

END_OF_DOCUMENT_TOKEN_TO_BE_REPLACED

The Stolen Valor Act, at 18 U.S.C. 704, makes it a federal crime to lie about having certain military honors.

The Ninth Circuit, in an opinion that can almost never be quoted enough, held that the Stolen Valor Act is unconstitutional. Judge Kozinksi writes,

Saints may always tell the truth, but for mortals living means lying. We lie to protect our privacy (“No, I don’t live around here”); to avoid hurt feelings (“Friday is my study night”); to make others feel better (“Gee you’ve gotten skinny”); to avoid recriminations (“I only lost $10 at poker”); to prevent grief (“The doc says you’re getting better”); to maintain domestic tranquility (“She’s just a friend”); to avoid social stigma (“I just haven’t met the right woman”); for career advancement (“I’m sooo lucky to have a smart boss like you”); to avoid being lonely (“I love opera”); to eliminate a rival (“He has a boyfriend”); to achieve an objective (“But I love you so much”); to defeat an objective (“I’m allergic to latex”); to make an exit (“It’s not you, it’s me”); to delay the inevitable (“The check is in the mail”); to communicate displeasure (“There’s nothing wrong”); to get someone off your back (“I’ll call you about lunch”); to escape a nudnik (“My mother’s on the other line”); to namedrop (“We go way back”); to set up a surprise party (“I need help moving the piano”); to buy time (“I’m on my way”); to keep up appearances (“We’re not talking divorce”); to avoid taking out the trash (“My back hurts”); to duck an obligation (“I’ve got a headache”); to maintain a public image (“I go to church every Sunday”); to make a point (“Ich bin ein Berliner”); to save face (“I had too much to drink”); to humor (“Correct as usual, King Friday”); to avoid embarrassment (“That wasn’t me”); to curry favor (“I’ve read all your books”); to get a clerkship (“You’re the greatest living jurist”); to save a dollar (“I gave at the office”); or to maintain innocence (“There are eight tiny reindeer on the rooftop”).

END_OF_DOCUMENT_TOKEN_TO_BE_REPLACED

The Ninth Circuit is a hotbed of defendant-friendly First Amendment jurisprudence in criminal cases.

The Ninth Circuit recently held that racially-motivated threats on an internet message board don’t violate the law. And, recently, in United States v. Parker, the Ninth Circuit vacated the conviction of a protester at a military base. 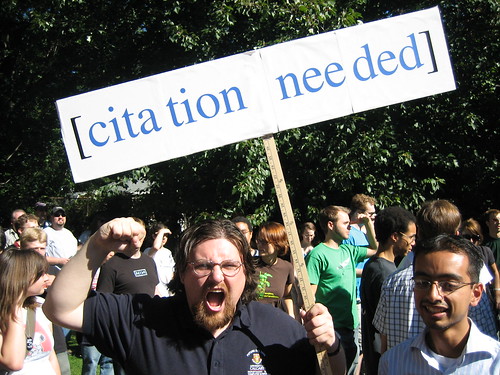 Perhaps the defense lawyers in the Twitter harassment case should try to transfer venue.

END_OF_DOCUMENT_TOKEN_TO_BE_REPLACED

Walter Bagdasarian really did not want Barack Obama to be President. As the general election drew near, and Obama’s election seemed more certain, Mr. Bagdasarian decided to take action. Instead of volunteering for McCain, or sending money to the Republican National Committee, he logged on to a Yahoo! Finance message board and posted two comments responding to the state of the election.

Mr. Bagdasarian’s comments did not alter the course of the election. They did, however, cause a participant on the message board to contact the Secret Service. Mr. Bagdasarian was interviewed by the Secret Service. His house was searched and a fifty caliber rifle was found. His computer was searched and an email was found that described a method for blowing up the President’s car, as well as Mr. Bagdasarian’s desire to see that car blown up. As the Ninth Circuit put it, “[t]hese email messages would appear to confirm the malevolent nature of the previous statements as well as Bagdasarian’s own malignant nature.”